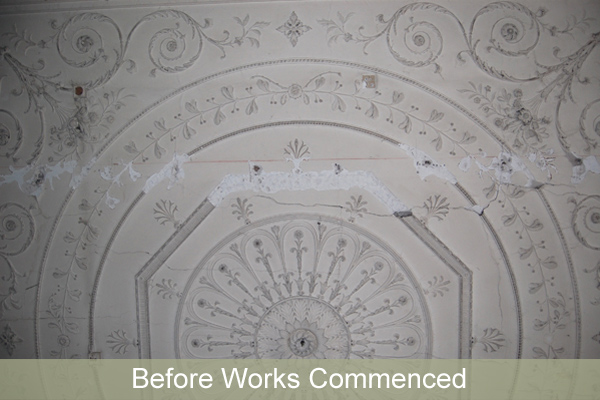 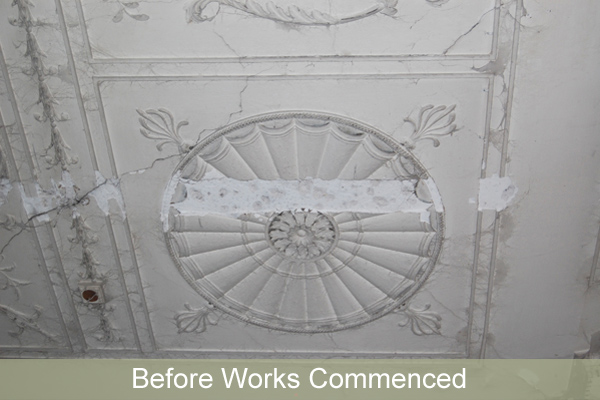 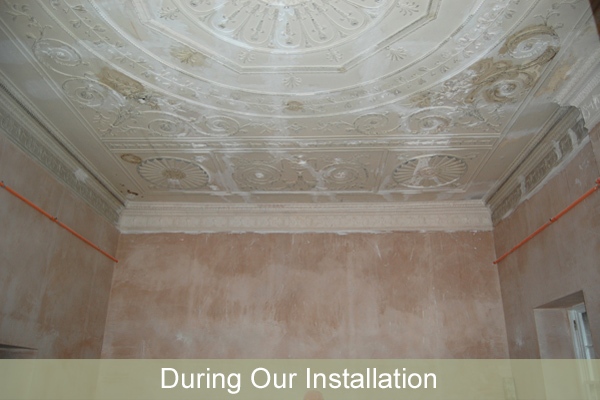 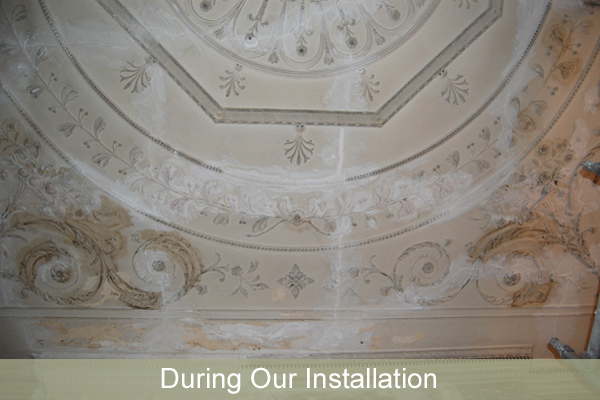 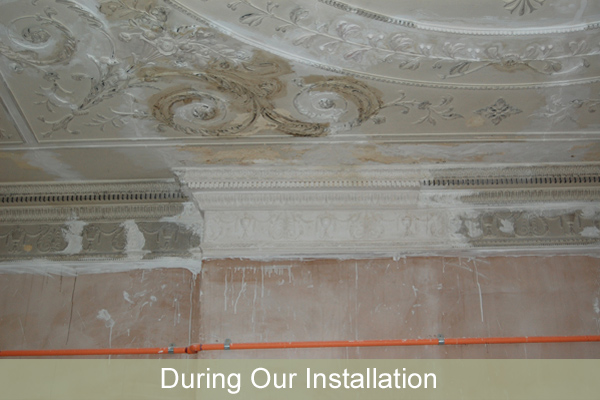 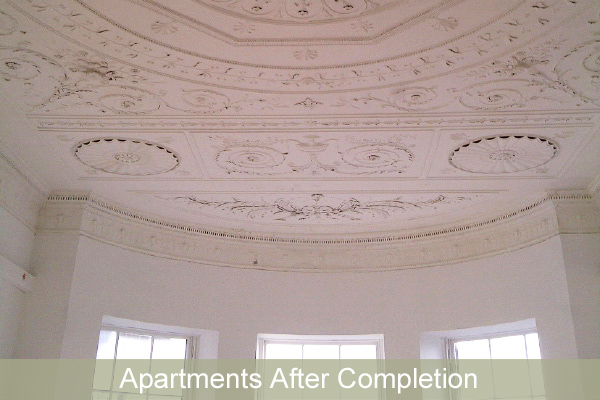 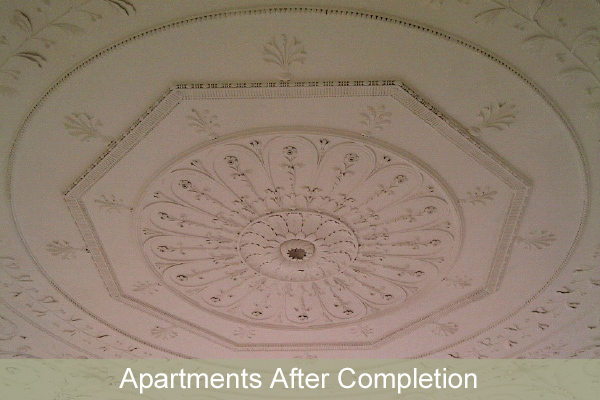 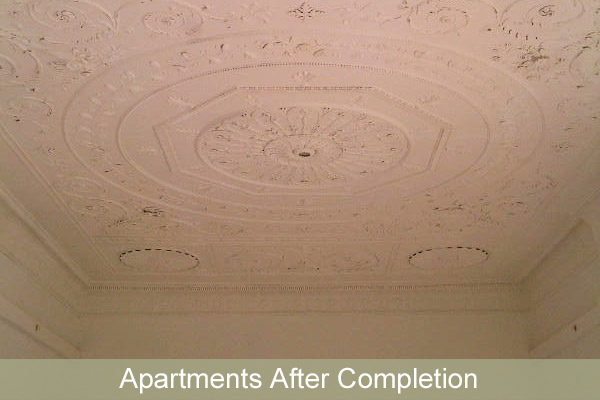 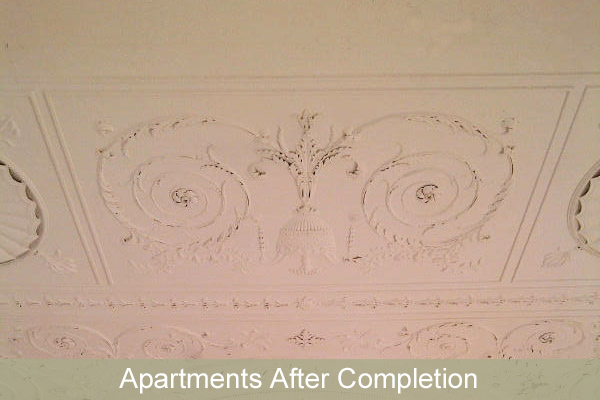 The project was situated in Aberdeen’s city centre and was an incomplete development of luxury apartments due to the Contractor at the time of developing entering administration. As the local council planners then became involved a highly decorative ornate 19th century ceiling was uncovered, hidden within the newly constructed false ceilings. This required major restoration works in order to restore the beautiful ceiling to its former glory. City Crafts were invited to submit a cost for these works then appointed by Melford Developments to carry out the extensive repairs within this quite challenging project.

Due to the location of the project it was decided best practise to have our team stay in Aberdeen for the duration of the works. Samples of the damaged ceiling were obtained from site initially then the requirements were reproduced within our workshop in Edinburgh prior to fitting on site. Some of the finer intricate ceiling detail was hand modelled on site using clay and stucco plaster. Whilst the project was very challenging from the beginning we were all delighted with the finished ceiling upon completion.

Melford were tasked with restoring an important listed ceiling. We were recommended various companies to carry out the work, the work was difficult to say the least due to the damage to it. City Crafts from the start stood out due to their pleasant manner on the phone and in turn on site. They were competative and good to deal with regarding changes to the work on site once carrying it out. The nature of it was not fully understood until various removal works were undertaken prior to their work. The finished product looked fantastic and the planners involved commented on the quality. We would not hesitate to recommend City Crafts and look forward to hopefully working with them again.