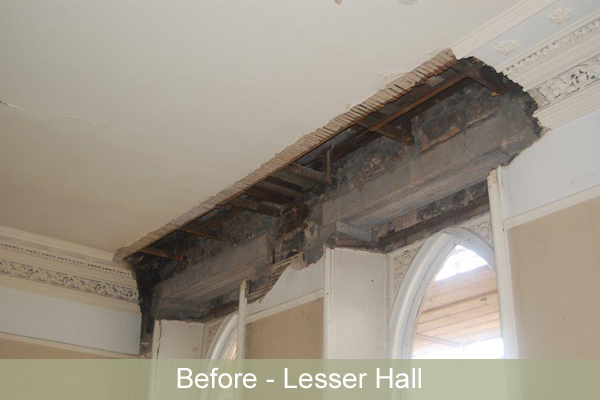 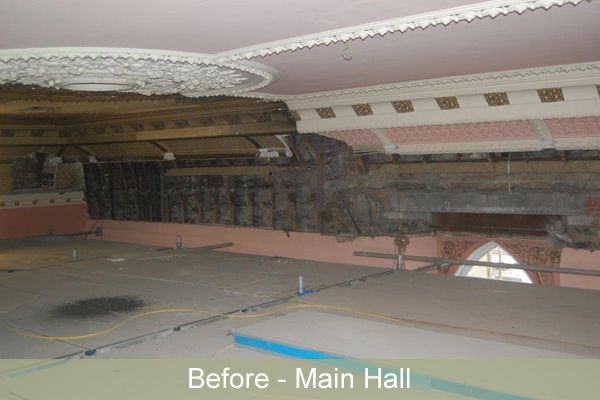 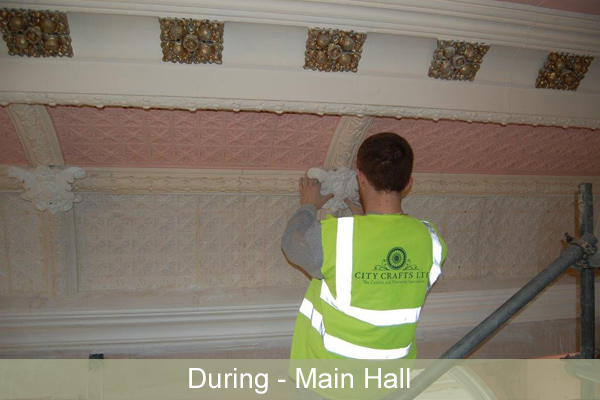 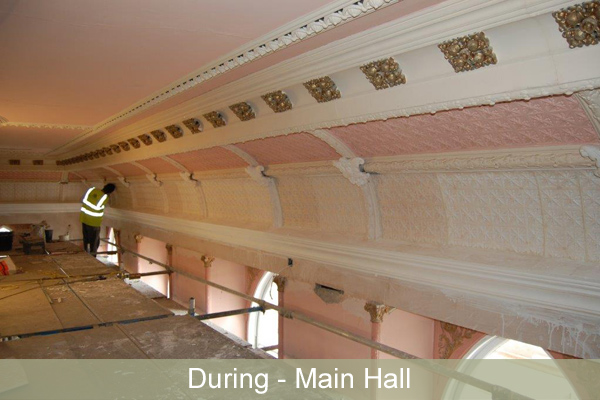 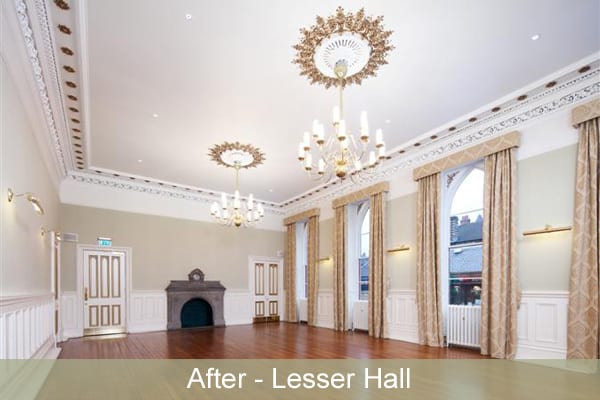 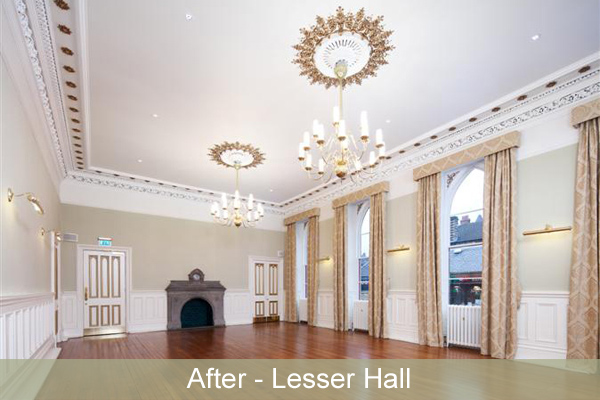 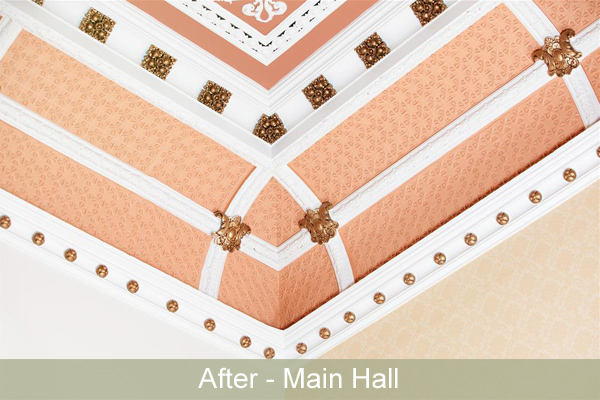 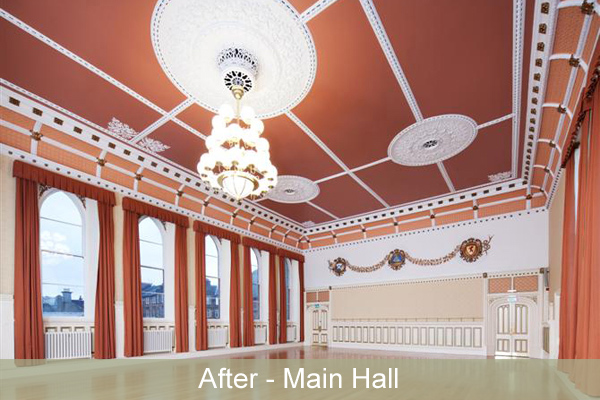 Renfrew Town Hall dates from 1870, a Grade A Listed building which is much loved by the local community & had long played a significant role in the life of the burgh. Due to wet /dry rot all 17 of the Main Hall`s timbersafe lintels required to be replaced. Unfortunately this necessitated the removal of the lower section of the existing 1.5m deep ornate cornice.

On investigation by City Craft this was found to be very fragile & would not stand up to removal & reinstatement, this being the option favoured by Historic Scotland. Prior to the rot works commencing City Craft took casts of all the relevant features, being careful that the new castings captured all the irregularities typical of the original Victorian plasterwork. As all repairs took place at high level it was necessary that a access deck be installed 5.5m above the existing floor level. This would also allow access to reinstate the highly ornate ceiling roses which had been damaged by the rather clumsy stage canopy inserted earlier in the 20th century.

“City Craft had been appointed by CBC, with both companies being amongst the most respected operating in the conservation field. Whilst CBC managed the co-ordinnation & logistics of the works City Crafts highly experienced & skilled team showed great professionalism in dealing with all of the vagrancy’s of a fragile ceiling that had sagged & twisted over 140 years. On completion of the plasterworks a new rich contrasting colour scheme was applied , picking out all of the grandeur of the original design & giving the citizens of Renfrew a Town Hall they once more could be proud of.”